Sintering is a severe problem with supported-metal catalysts in high-temperature applications, such as in automotive-emissions control, because it leads to a loss of catalytically active surface area. To stabilize the metal particles, in 2001, the Daihatsu group proposed using perovskite-supported metals, which they referred to as “intelligent” catalysts. The original goal was to regenerate sintered metals by driving the metal into the oxide lattice by high-temperature oxidation and releasing the metal as small particles by reduction. Unfortunately, the concept has not been entirely successful, partially because of the large crystallite size and low surface areas of typical perovskites. To achieve higher surface areas and reduce the length scale for any ingress-egress of metal particles, Atomic Layer Deposition (ALD) was used in this thesis to prepare thermally stable thin films of perovskites on high-surface-area supports. Metal catalysts, Pt, Ni, Pd, and Rh, were deposited onto the perovskite thin films, LaCoO 3 and LaFeO 3 , using ALD.
This thesis focused on studying metal-perovskite interactions in the ALD samples of metals supported on LaFeO 3 films. It was found that metal-perovskite interactions could dramatically affect the preferential alignment of metal particles with the substrate, the metal dispersions, and catalytic activity. In the presence of the perovskite films, the equilibrium oxidation of the metals could also shift several order-of-magnitudes towards lower PO 2 . The changes in the thermodynamic properties would further cause different catalytic behaviors. Systems of different metals supported on LaFeO 3 films were studied and compared; it was found that the metal-perovskite interaction is specific for each system. 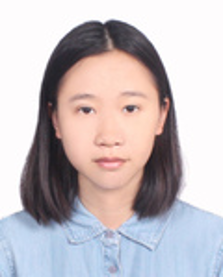