“Heterogeneous catalysis is critically important in the chemical-processing and energy-related industries. Ideally, reaction sites on heterogeneous catalysts can be regenerated, and the catalysts should be active throughout the catalytic process. However, harsh reaction conditions and parallel side reactions can be harmful to the metal catalysts, making deactivation a common phenomenon. Finding a catalyst that is stable can be a challenging yet significant task. Metal-doped perovskite materials have been referred to as “intelligent catalysts” because of the ability to insert and remove precious metal cations from the support lattice under cyclic redox conditions. The concept of “intelligent catalysts” became interesting because the stability of the doped metals was found to be significantly improved. However, the concept was not entirely successful due to the low specific surface areas of these materials, the slow kinetics for ingress and egress from the lattice, and poor metal utilization. Reducing the length scale of the perovskite materials could potentially overcome these problems, and it can be achieved by coating a thin perovskite film with a thickness of around 1nm on a high-surface-area onto an inert support. Work in this thesis used Atomic Layer Deposition (ALD) to deposit titanates (ATiO3, A=Ca, Sr or Ba) that were roughly 1-nm thick onto high-surface-area substrates. When using these thin-film materials as supports for catalytically active metals, the thin-film samples showed properties similar to their bulk counterparts. Improved stabilities were found on the systems where strong interactions occur. However, the interactions between metals and the thin-film perovskite materials to be different from bulk “intelligent catalysts” in some ways. The differences between bulk and thin-film systems can lead to very different particle geometries and catalytic properties. Systematic comparisons of metal-perovskite interactions were performed for the titanate thin films with different A-site cations. Changing A-site cations can lead to changes in metal properties, including but not limited to the metal geometries, reducibilities, and the resulting catalytic performances. The role of A-site cations in determining the forms and degrees of metal-perovskite interactions were also discussed.“ 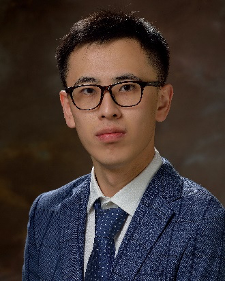