Based on the recent recommendations of the CDC and leading public health experts, who are now directing against any public gatherings of more than 50 people for the next two months, we cannot responsibly plan to bring thousands of people to campus for our traditional Commencement and Alumni Weekend in May.  To protect the health of our graduates, their families, alumni, and faculty and staff of the University—our highest priority in the face of this unprecedented coronavirus pandemic—we are cancelling this year’s on-campus Commencement events and moving them to a virtual ceremony that will be broadcast online. 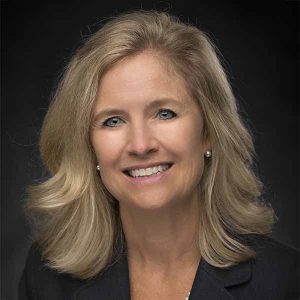 Michelle Parker is Vice President and Chief Engineer for Space and Launch Engineering within Defense, Space & Security (BDS). Space and Launch is responsible for ensuring the technical integrity and success of programs including the Space Launch System, CST-100 Starliner, and International Space Station as well as Satellite programs. Most recently, she served as Vice President and Capability Leader for BDS Engineering’s System Engineering, Integration and Test (SEIT) Capability where she was responsible for driving engineering excellence across BDS Systems.

Previously, she led the Satellite Development Center (SDC) for Boeing’s Network & Space Systems business. As an industry leader in the design, development, manufacturing, integration and testing of satellites for government, civil and commercial customers, Boeing’s satellite manufacturing facility is the largest in the world and has produced more than 300 satellites to date.

Before working as the Domain Leader, Parker was deputy director for National Space Communications Programs (NSCP), a large portfolio of proprietary programs, where she was responsible for leadership, strategy and execution across the programs.  She was also the NSCP Systems Engineering Manager, where her systems engineering team was recognized for outstanding technical accomplishments and execution on many significant milestone events.

The ceremony will be live-streamed. Please return to this page for an active link.

Joan Lau is Managing Partner of Militia Hill Ventures, a business focused on building and growing high quality life sciences companies, and Chief Executive Officer of Talee Bio, a gene therapy company with a focus on cystic fibrosis. Prior to founding Militia Hill Ventures, Joan was an Executive in Residence at BioAdvance and President and CEO of Azelon Pharmaceuticals, a venture-backed clinical stage biopharmaceutical company focused on the treatment of endocrine-based diseases. Prior to leading Azelon, Joan was President and CEO of Locus Pharmaceuticals, a computational chemistry discovery company. Earlier in her career, Joan served in various leadership roles at Merck & Co, focused primarily in R&D drug development and business development. Dr. Lau also serves on various community and industry boards, including Talee Bio, BioMotiv, the Alliance of Women Entrepreneurs (AWE) and the Human Rights Campaign.

The ceremony will be live-streamed. Please return to this page for an active link.

Ted Schlein is a General Partner at Kleiner Perkins and a leading expert on cybersecurity and enterprise software. The founding Chief Executive Officer of Fortify Software, Schlein has led Kleiner Perkins’ involvement in several successful investments including Alien Vault, Arcsight, CarbonBlack, Chegg, Internet Security Systems, Phantom Security, Mandiant and Oakley Networks. Ted serves on the board of directors of several companies including Area 1 Security, FullStory, Interos, Incorta, Ionic Security, IronNet Cybersecurity, Reputation, Shape Security, Synack, Trusona and UJet.  Prior to Kleiner Perkins, Schlein served as Vice President, Enterprise Solutions at Symantec and led Symantec’s move into the software utilities market, launching its commercial antivirus solution. Ted is the former chairman of the National Venture Capital Association (NVCA), a national alliance advocating the role of venture investing in job creation, technology innovation, and economic development. He is also the former president of the Western Association of Venture Capitalists and the founder of DoD-sponsored DeVenCI program. He currently serves on the Board of Trustees of the University of Pennsylvania and the Board of Overseers of the Engineering School at the University of Pennsylvania. Additionally, Ted serves on the NSA Advisory Board, the Board of Trustees at InQTel and frequently participates as an opinion leader in public, private and government forums, providing perspectives on security technology, related investments, and market adoption trends. Ted holds a B.A. degree in economics from the University of Pennsylvania.

Family members and friends who are unable to attend the University of Pennsylvania’s Commencement Ceremony may view the ceremony online. Webcast coverage of the ceremony from Franklin Field will begin at 10:15 a.m. EDT on Monday, May 18, 2020. Visit the University’s Commencement website for more information regarding this ceremony. *Please note that individual student recognition (in which students walk across the stage) is done only at Penn Engineering ceremonies. 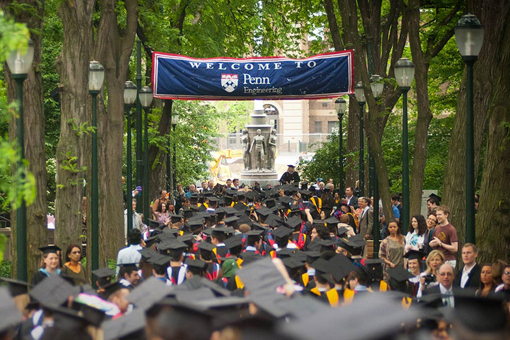 Tickets are not required for any of the Engineering ceremonies. No RSVPs are required, and there is no limit to the number of guests per student.

A photographer from Legacy Photographics will be at each ceremony.  Each student will be photographed as they cross the stage. Legacy Photographics will contact each graduate after the ceremony with information on how to purchase these photos. If you have any questions, please contact Legacy directly at 800-444-2550 or 610-279-1791. You may also visit their website, www.legacyphoto.com.

For questions regarding ceremony logistics, including ADA seating, garb rental, and guests, please visit our SEAS Commencement FAQ page. Please direct all other questions to the Dean’s Office at 215-898-7244 or ekmiller@seas.upenn.edu

All questions regarding student eligibility to graduate should be directed to the Engineering Office of Research and Academic Services at 215-898-7246.