Ted Schlein is a general partner at Kleiner Perkins, and executive chairman and founding partner at Ballistic Ventures. He has spent the last 35 years helping create transformative companies.

A Midas of investing and the former chairman of the National Venture Capital Association (NVCA), Ted has funded, supported, and guided more than 50 founders and has served on over 50 public and private company boards.  He currently serves on the boards of Apiiro, Area 1 Security, Chegg (CHGG), FullStory, Interos, Incorta, IronNet, Rebellion Defense, Reputation, Synack, Trusona and UJet.

As a company leader, Ted was the founding CEO of Fortify Software, which was later acquired by Hewlett-Packard. During his time at Symantec, Ted led the company’s earliest antivirus effort, which included a move into the software utilities market with the launch of a commercial antivirus solution that became the industry gold standard. 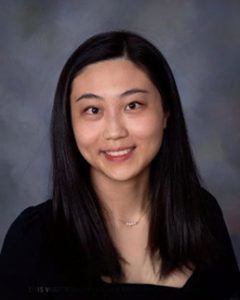 Lanting Chiang, born and raised in Taipei, Taiwan, is graduating with both a Bachelor of Science and Master of Science in Engineering in Computer and Information Science from Penn Engineering.

While at Penn, Lanting has explored a variety of interests. Before changing her major to Computer and Information Science, she served as a committee member on several consulting clubs, worked for a behavioral science lab through the Penn Undergraduate Research Mentorship program, and assisted in teaching a Biotechnology Lab in the Engineering Summer Academy at Penn program. She later joined PennLabs, the PennApps Development Team, and served on the Eta Kappa Nu honor society board for the 2020-2021 academic year. She also founded Penn’s chapter of the Google Developer Student Clubs, assisted in teaching Computer and Information Science courses and served as a Resident Advisor in Riepe College House.

After graduation, Lanting will be joining a fintech company as a Backend Engineer.