Using the digital computer to simulate dynamic behavior of elastic and soft objects is a highly desired feature in many scientific and engineering areas: in computer animation, it provides realistic effects of soft characters; in surgical simulation, it delivers vivid visual experiences to the trainee; in digital fabrication, it couples geometry design and mechanical analysis. While the basic computation model has been well established, robustly simulating nonlinear and detailed elastic models remains an open problem, and significant implementation and computation efforts are needed. In this talk, I will share several new perspectives to tackle those classic yet challenging computation problem. We leverage deep neural nets mapping linear and nonlinear models by carefully crafting informative context features. This framework is called NNWarp. NNWarp is probably the first neural network based deformable simulator. With it, we obtain nonlinear simulations via solving a fixed linear system (so the complexity is lowed by an order). More importantly, NNWarp is highly re-usable. The resulting net trained for a rectangular beam can be directly used to simulate a swaying maple tree or a soft Armadillo. To relieve the implementation efforts, we lift the simulation from high-dimension real domain to high-dimension complex domain. By doing so, we generalize classic Taylor theory to a new set of equations for numerical differentiation. Unlike classic finite difference method, this complex-step finite difference method does not suffer with subtractive cancellation issues, making the implementation joyful, relaxing and as accurate as using the analytic differentiation. In our recently work, it is also used for training deep neural works. This is the first true second-order neural network training algorithm that has strong quadratic convergency in various classic network architectures. 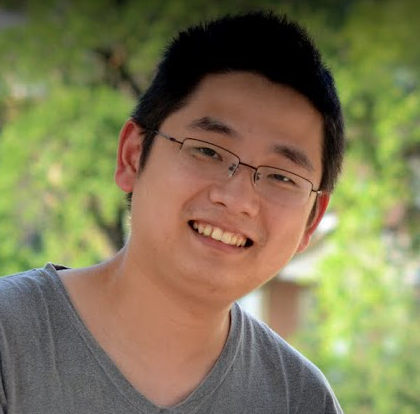 Dr. Yin Yang is currently an Associate Professor with School of Computing, Clemson University. Before that, he was a faculty member with the department of Electrical and Computer Engineering, University of New Mexico. He received Ph.D. degree of Computer Science from the University of Texas, Dallas in 2013 (the awardee of David Daniel Fellowship Prize). During his Ph.D., he was also a Research Assistant at UT Southwestern Medical Center. He was a research intern in Microsoft Research Asia in 2012. His research aims to develop customized and efficient computational methods for computer graphics, animation, vision, fabrication, robotics, autonomous driving etc. He received NSF CRII award and NSF CAREER award in 2015 and 2019 respectively.