MSE Seminar: “Metals and Alloys: A Critical Weapon in the Fight against Climate Change”

Today in the U.S., we deal with the severe, wide ranging effects of climate change from the West to East Coast in the form of heat waves, drought, wildfires, and flooding. To end these disasters, we need to drastically change the way we produce and use energy. For example, in 2020, over 72 % of the energy consumed in the U.S. came from burning natural gases (31.5 %), coal (9.21 %) and petroleum (32.2 %), [1] which are all major contributors to U.S. carbon pollution. Experts agree that we need to move away from fossil fuels and embrace renewable energy technologies. At present, some of our most sophisticated renewable energy efforts involve the transition from coal and gasoline to Li-ion battery and hydrogen energy technologies. A fundamental problem with these solutions is the extremely low volumetric energy density of Li-ion batteries (blue marker in Fig. 1) and hydrogen fuel (red marker in Fig. 1) compared to coal and gasoline (grey markers in Fig. 1). [2] In addition, Li-ion battery technology suffers from several drawbacks, which Dr. Detsi will discuss in this talk, alongside with the efforts of his group to mitigate these issues, including the highly inefficient roll-to-roll battery manufacturing process and the poor cycle life of Li-ion batteries caused by a gradual degradation of electrode materials during (dis)charging. [3-5] Similarly, the use of hydrogen as a fuel is hampered by the low scalability of sustainable hydrogen production methods, the high costs and safety issues associated with hydrogen storage, and the lack of hydrogen infrastructures nationwide. Thus, hydrogen and metal-ion (such as Li-, Na-, K-, and Mg-ion) battery technologies are obviously not suitable for grid scale and heavy-duty energy applications.

An alternative approach involves reversibly storing renewable energy in Earth-abundant metals (such as Al, Mg, and Fe) or metalloids (B, Si). These materials exhibit much higher volumetric energy densities than coal and gasoline, as shown by the green markers in Fig. 1. [2] Typically, Fig. 1 reveals us that, for a given fixed volume fuel, burning Fe metal as a fuel will release twice as much energy as burning coal or gasoline; and burning Al metal will release three times as much energy as burning coal or gasoline.[2] By activating these metals through nanostructuring, these materials can release energy through reaction with oxygen (i.e. dry metal fuel oxidation) or water (i.e. wet metal fuel oxidation). In this talk, Dr. Detsi will discuss how we activate reactive metals like Al, Mg, and Zn using dealloying, and use these metals to release energy in the form of heat and chemical bonds (hydrogen) through hydrolysis (i.e. wet metal fuel oxidation).[6-8] After energy is extracted through oxidation, the solid reaction products in the form of metal (hydr)oxides can then be converted back into pure metals through reduction using sustainable energy resources such as hydropower, solar power and wind power to enable a sustainable metal fuel economy.[2] In this talk, he will also discuss the effort in his group to convert Al (hydr)oxide into metallic Al.[9] 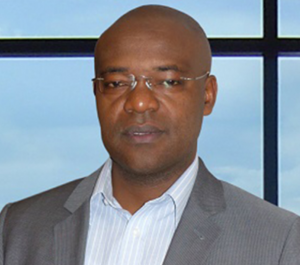