Postponed
This seminar has been postponed. The new date is May 11, 2023

Creation of reconfigurable and multi-functional materials can be achieved by incorporating architecture into material design. In our research, we design and fabricate three-dimensional (3D) nano-architected materials that can exhibit superior and often tunable thermal, photonic, electrochemical, biochemical, and mechanical properties at extremely low mass densities (lighter than aerogels), which renders them useful and enabling in technological applications. Dominant properties of such meta-materials are driven by their multi-scale nature: from characteristic material microstructure (atoms) to individual constituents (nanometers) to structural components (microns) to overall architectures (millimeters and above).

The focus of this talk is on additive manufacturing via vat polymerization and function-containing chemical synthesis to create 3D nano- and micro-architected metals, ceramics, multifunctional metal oxides (nano-photonics, photocatalytic, piezoelectric, etc.), and metal-containing polymer complexes, etc., as well as demonstrate their potential in some real-use biomedical, protective, and sensing applications. I will describe how the choice of architecture, material, and external stimulus can elicit stimulus- responsive, reconfigurable, and multifunctional response. 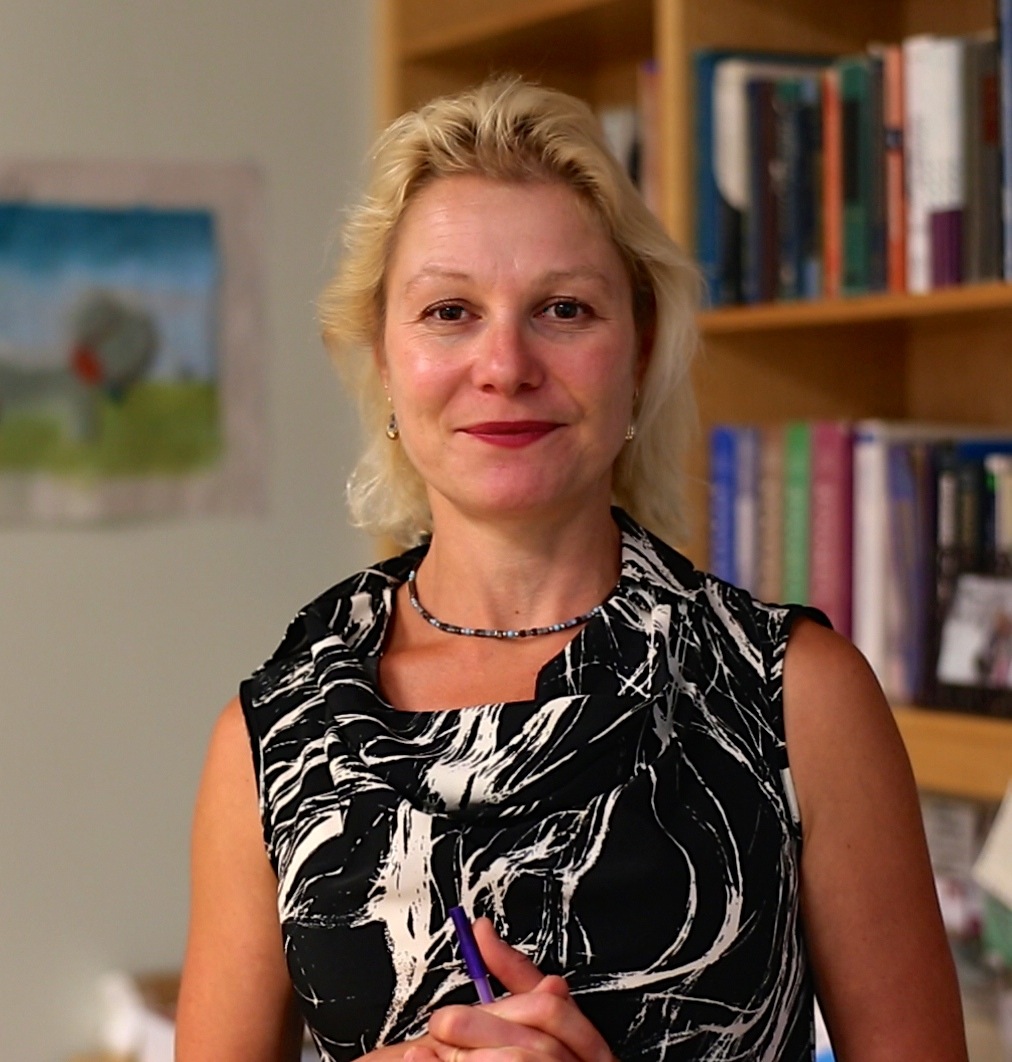 Greer obtained her S.B. in Chemical Engineering with a minor in Advanced Music Performance from MIT in 1997 and a Ph.D. in Materials Science from Stanford, worked at Intel (2000-03) and was a post-doc at PARC (2005-07).

Greer’s research focuses on creating and characterizing classes of materials with multi-scale microstructural hierarchy, which often combine three-dimensional (3D) architectures with nanoscale-induced material properties. We develop fabrication and syntheses of micro- and nano-architected materials using 3D lithography, nanofabrication, and additive manufacturing (AM) techniques, and investigate their mechanical, electrochemical, electromechanical, biochemical, and photonic properties as a function of architecture, constituent materials, and microstructural detail.

Greer has more than 170 publications, has an h-index of 70, and has delivered over 100 invited lectures, which include 2 TEDx talks, multiple plenary lectures and named seminars at universities (2022: Cooper lecture at Cornell, Israel Pollak Distinguished Lecture Series at Technion, David Pope lecture at Penn, and Thayer Visionaries in Technology at Dartmouth to name a few), the Watson lecture at Caltech, the Gilbreth Lecture at the National Academy of Engineering, the Midwest Mechanics Lecture series, and a “IdeasLab” at the World Economic Forum, and was recently selected as Alexander M. Cruickshank (AMC) Lecturer at the Gordon Research Conferences (2022). She received the inaugural AAAFM-Heeger Award (2019) and was named a Vannevar-Bush Faculty Fellow by the US Department of Defense (2016) and CNN’s 20/20 Visionary (2016). Her work was recognized among Top-10 Breakthrough Technologies by MIT’s Technology Review (2015). Greer was named as one of “100 Most Creative People” by Fast Company and a Young Global Leader by World Economic Forum (2014) and received multiple career awards: Kavli (2014), Nano Letters, SES, and TMS (2013); NASA, ASME (2012), Popular Mechanics Breakthrough Award (2012), DOE (2011), DARPA (2009), and Technology Review’s TR-35, (2008). She is an active member of scientific community through professional societies (MRS, SES, TMS), having organized multiple symposia, been chosen as Conference Chair (MRS, 2021; GRC 2016), served on the Board of Directors for Society of Engineering Science (SES) and on government agency panels: DOE’s Basic Research Needs workshop on setting Priority Research Directions (2020), National Materials and Manufacturing Board through National Academies (2020), and DoD’s Bush Fellows Research Study Team (2020).

Greer is also a concert pianist who performs solo recitals and in chamber groups, with notable performances of “Prejudice and Prodigy” with the Caltech Trio (2019), “Nanomechanics Rap” with orchestra MUSE/IQUE (2009), and as a soloist of Brahms Concerto No. 2 with Redwood Symphony (2006).