The question of “what set of basis functions should be used?” is of fundamental importance to scientific computing. The performance of different choices of basis is assessed primarily by the rate of convergence and robustness. However, when the one-dimensional basis is extended to higher dimensions d, the computational complexity increases exponentially with respect to d. This fundamental challenge has been dubbed the curse of dimensionality and it is one of the greatest impediments to solving many important problems in science and engineering. One of the most promising approaches to beat the curse of dimensionality is exploiting correlations of the solution between various dimensions. In this work, a framework for extracting and exploiting correlated structures is presented. The correlated structures take the form a set of time-dependent basis. This framework is based on a variational principle whose optimality condition leads to closed form evolution equations for a set time-dependent bases. The bases are directly extracted from the model (e.g. partial differential equations) or from the streaming data. Several applications will be presented including computing sensitivities in chaotic dynamical systems and real-time reduced order modeling of turbulent reactive flows. 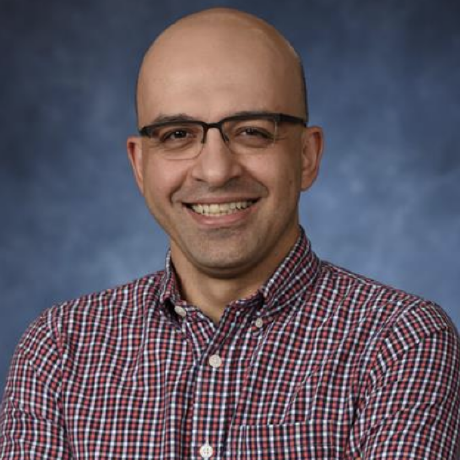 Dr. Hessam Babaee is an Assistant Professor in the Department of Mechanical Engineering and Materials Science at University of Pittsburgh (Pitt). Prior to joining Pitt, he was a Postdoctoral Associate in the Department of Mechanical Engineering at MIT. Dr. Babaee’s research interests are at the intersection of dynamical systems, computational science and machine learning. His primary focus is in developing reduced order models for chaotic dynamical systems with applications in turbulent flows and combustion. Dr. Babaee’s research is currently supported by NASA, NIH and American Chemical Society.