CIS Seminar: “Digital humans that move, interact, express, and feel, just like us!”

The creation of intelligent virtual agents (IVAs) or digital humans is vital for many virtual and augmented reality systems. As the world increasingly uses digital and virtual platforms for everyday communication and interactions, there is a heightened need to create human-like virtual avatars and agents endowed with social and emotional intelligence. Interactions between humans and virtual agents are being used in different areas including, VR, games and story-telling, computer-aided design, social robotics, and healthcare. Designing and building intelligent agents that can communicate and connect with people is necessary but not sufficient. Researchers must also consider how these IVAs will inspire trust and desire among humans. Knowing the perceived affective states and social-psychological constructs (such as behavior, emotions, psychology, motivations, and beliefs) of humans in such scenarios allows the agents to make more informed decisions and navigate and interact in a socially-intelligent manner.

When humans communicate with each other, they frequently use a combination of verbal communications, interpersonal relationships between the people involved, and non-verbal body expressions during communication to complement, contradict, substitute, or regulate what is being said. These signals are essential for understanding each other, particularly regarding expressing changing moods and affective states. In this talk, I will give an overview of our recent work on simulating intelligent, interactive, and immersive human-like agents who can also learn, understand and be sentient to the world around them using a combination of emotive gestures, gaits, and expressions. This problem arises in the context of human motion and behavior computation that takes environmental, sociological, and psychological factors into account. Finally, I will also talk about our many on-going projects which use our AI-driven IVAs, including intelligent digital humans for urban simulation, crowd simulation, mental health and therapy applications, and social robotics 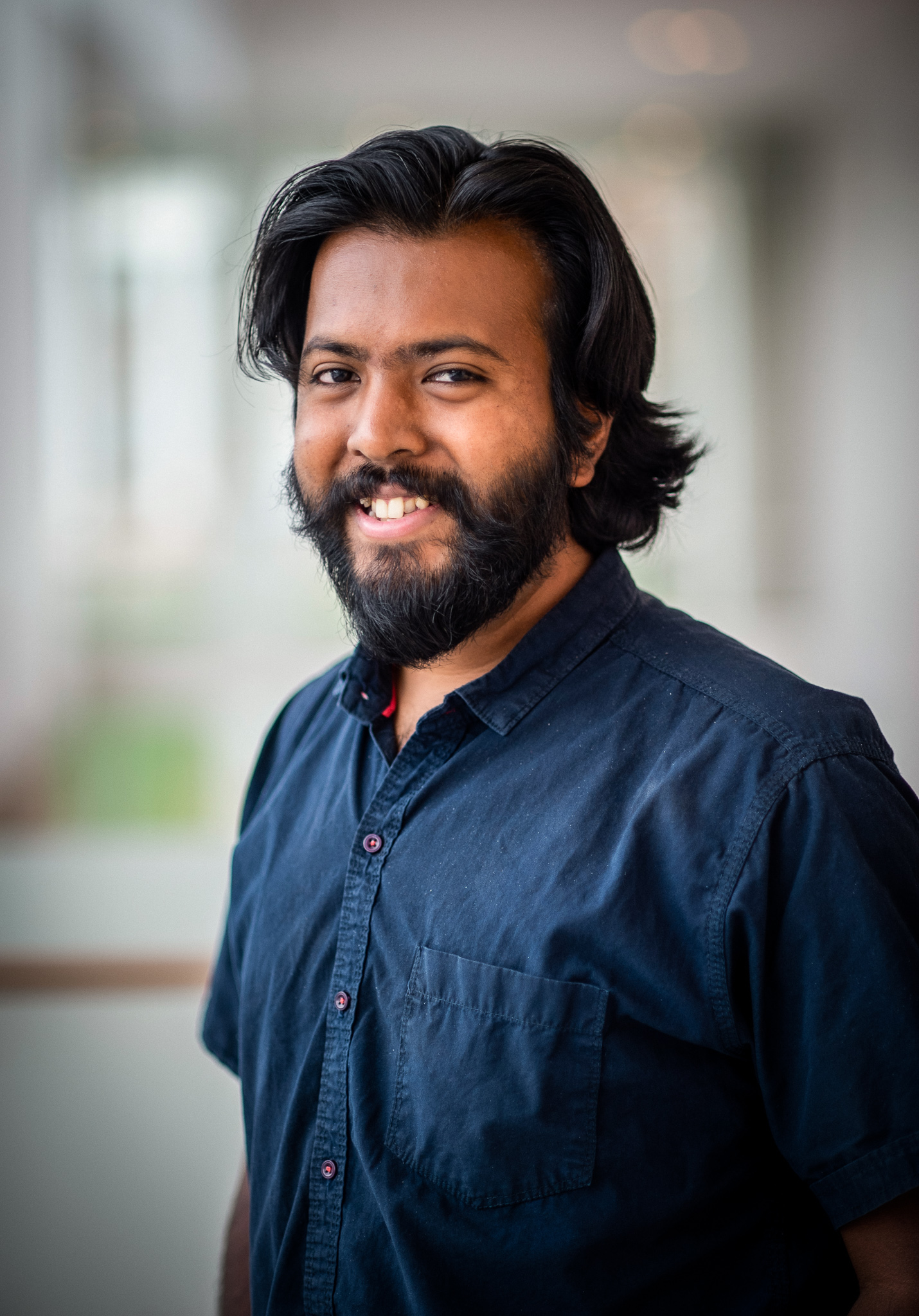 Department of Computer Science, University of Maryland at College Park

Dr. Aniket Bera is an Assistant Research Professor in the Department of Computer Science with affiliated appointments with the Brain and Behavior Institute and Maryland Robotics Center. Prior to this, he was a Research Assistant Professor at the University of North Carolina at Chapel Hill, where he also received his Ph.D. in 2017 and was advised by Dr. Dinesh Manocha. His core research interests are in Human Modeling and Simulation, Affective Computing, and Virtual Reality. He is a faculty with the GAMMA group and has advised and co-advised over 20 MS and Ph.D. students. He has authored over 50 papers and his work has won multiple awards at top VR conferences. He also works with the University of Maryland Medical School in Baltimore on multiple projects to build virtual reality therapy systems to help patients with mental disorders and training systems for therapists. His research involves novel combinations of methods and collaborations in affective computing, computer graphics, computational psychology, machine learning, and social robotics to develop real-time computational models to learn and simulate human-like agents with expressive behaviors. Dr. Bera has previously worked in many research labs, including Disney Research and Intel Labs, and his work has been featured in many media outlets including Forbes, WIRED, FastCompany, etc. A more detailed description can be found at http://cs.umd.edu/~ab