The field of heterogeneous catalysis has been prompted to shift toward designing catalysts that can perform beneficial chemistries at ambient conditions. Such materials should have high activity and stability and avoid issues prevalent in other traditional catalysts that are not earth-abundant, chemically efficient, or with high selectivity to carry out these reactions. In this thesis, we study a new class of materials called 2D MXenes that have intriguing electronic and surficial properties. As a result, MXenes have been of interest for catalysis applications. However, previous literature on the theoretical exploration of MXenes as HER and NRR catalysts has modeled the basal plane functionalization to be pristine. To counter this, we model MXenes with different functional groups that demonstrate the extreme reactivity of the basal planes. However, just altering the basal plane functionalization does not encapsulate the tunability of MXenes for improving their catalytic activity.

Therefore, we study the effect of physicochemical changes to MXenes as catalysts for the electrochemical HER and NRR. We perform density functional theory calculations to predict the material properties and their interactions with H* and NxHy* intermediates. Such changes include altering chemical structure, doping, straining, supporting, and modifying functionalization. We find that of all these changes, functionalization has the greatest impact on adsorption energies and hence the NRR/HER activity. The sulfidation and biaxial straining of MXenes also increased the HER activity of terminated MXenes. We then compile all data and design a machine learning study where we featurize the data to predict the adsorption energies for these coupled reactions. Electronic structure features of the terminations on the basal plane show that sulfidation of MXenes improves NRR thermodynamics. This thesis pushes forward the catalysis field by elucidating the effect of tuning 2D materials to enhance their chemical activity and the usefulness of data analytics and machine learning to assist materials discovery of novel catalysts for the future clean energy economy. 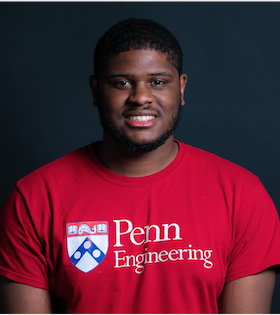