Systems in which thin filaments interact with the surrounding fluid abound in science and engineering. The computational and analytical difficulties associated with treating thin filaments as 3D objects has led to the development of slender body theory, in which filaments are approximated as 1D curves in a 3D fluid. In the 70-80s, Keller, Rubinow, Johnson and others derived an expression for the Stokesian flow field around a thin filament given a one-dimensional force density along the center-line curve. Through the work of Shelley, Tornberg and others, this slender body approximation has become firmly established as an important computational tool for the study of filament dynamics in Stokes flow. An issue with slender body approximation has been that it is unclear what it is an approximation to. As is well-known, it is not possible to specify some value along a 1D curve to solve the 3D exterior Stokes problem. What is the PDE problem that slender body approximation is approximating? Here, we answer this question by formulating a physically natural PDE problem with non-conventional boundary conditions on the filament surface, which incorporates the idea that the filament must maintain its integrity (velocity along filament cross sections must be constant). We prove that this PDE problem is well-posed, and show furthermore that the slender body approximation does indeed provide an approximation to this PDE problem by proving error estimates. This is joint work with Laurel Ohm, Will Mitchell and Dan Spirn. 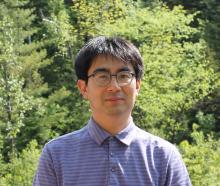