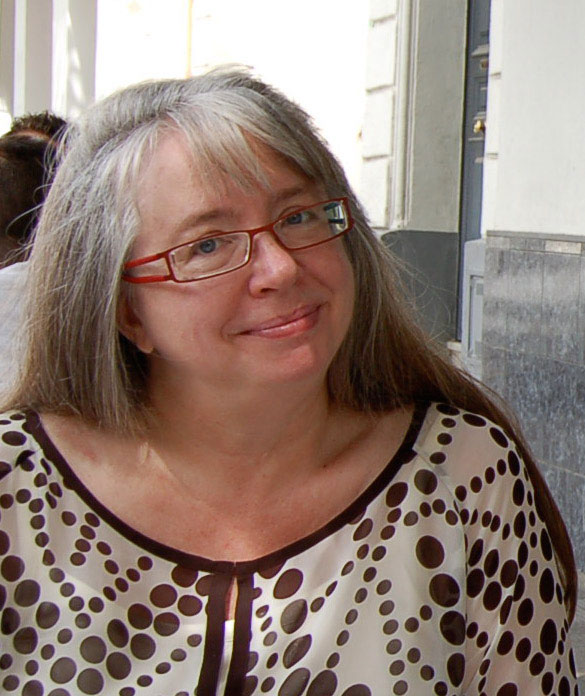 Dr. Rolison’s team at the Naval Research Laboratory looks at rate-critical chemical processes where events per second are required for high performance in such technologies as energy storage, energy conversion, (electro)catalysis, and sensing. They then design next-generation systems built around pore–solid nanoarchitectures that seamlessly embody all of the requisite rate functions for high- performance electrochemistry: molecular mass transport, ionic/electronic/thermal conductivity, and electron-transfer kinetics. They have taken the lessons from 20 years of probing the operational and design characteristics of catalytic and energy-relevant nanoarchitectures to create a zinc sponge—a stand-alone, 3D-wired anode that improves current distribution within the electrode structure during charge–discharge cycling, thwarts dendrite-formation, and can challenge the energy density of Li-ion battery packs, all while using safer aqueous-based chemistry. With this breakthrough, Dr. Rolison is now addressing the family of zinc-based rechargeable alkaline batteries: nickel–3D zinc, silver–3D zinc, MnO 2 –3D zinc, and even rechargeable 3D zinc–air. The route she has taken to move from a creative concept to a fabricated reality to the necessary fundamental characterization to prototype development (and ultimately commercialization by outside companies) will be described.

Debra Rolison heads the Advanced Electrochemical Materials
section at the U.S. Naval Research Laboratory in Washington,
DC. Her team designs, synthesizes, characterizes, and applies
three-dimensionally structured, ultraporous, multifunctional,
hold-in-your-hand nanoarchitectures for such rate-critical
applications as catalysis, energy storage and conversion, and
sensors.
Rolison was a Faculty Scholar at Florida Atlantic University
(1972–1975; B.S. in Chemistry). She received her Ph.D. in
Chemistry from the University of North Carolina at Chapel Hill
in 1980 after demonstrating the Pt-like character of RuO 2
electrodes in nonaqueous electrolytes, helping to establish
polymer-modified electrodes, and ensuring frequent pick-up
games of killer volleyball. She joined NRL as a staff scientist in

1980.
Rolison is a Fellow of the American Association for the Advancement of Science, the
Association for Women in Science, the Materials Research Society, and the American
Chemical Society. Among her major awards, she received the William H. Nichols Medal
(2018), the E.O. Hulburt Award (2017; NRL’s top science award and the only woman to
receive in its 64 years of bestowal), the Department of the Navy Dr. Dolores M. Etter
Top Scientist &amp; Engineer Team Award (2016), the ACS Division of Analytical Chemistry
Award in Electrochemistry (2014), the Charles N. Reilley Award of the Society for
Electroanalytical Chemistry (2012), the ACS Award in the Chemistry of Materials
(2011), and the Hillebrand Prize of the Chemical Society of Washington (2011).
Her editorial advisory board service includes Chemical Reviews, Analytical Chemistry,
Langmuir, Journal of Electroanalytical Chemistry, Advanced Energy Materials, and the
inaugural boards of Nano Letters, the Encyclopedia of Nanoscience and
Nanotechnology, Annual Review in Analytical Chemistry and ACS Applied Energy
Materials. Rolison also writes and lectures widely on issues affecting women (and men!)
in science, including proposing Title IX assessments of science and engineering
departments. She is the author of over 225 articles and holds 39 U.S. patents.