Optical nanostructures enable molding the flow of light on the subwavelength scale rendering possible the realization of compact, cost-effective, flat and highly efficient optical components for imaging, spectroscopy, sensing, and communications. From the fundamental science viewpoint, light-matter interactions at the nanoscale reveal themselves in new and often unexpected ways. In fact, the usual linear and nonlinear macroscopic theories that describe the behavior of the electromagnetic field merit revision. From the applications viewpoint, miniaturized, tunable and reconfigurable functionalities implemented on a chip are of paramount importance. Here, we reassess dielectric materials such as chalcogenides as promising candidates for science and applications in wavelength ranges once thought to be hostile to the propagation of light. We show that, in fact, these materials constitute new, excellent contenders for developing new, multi-functional nanophotonic devices due to their high linear refractive indices, strong nonlinear response, and fast switching speeds. To date, applications of these glasses have been limited to wavelength ranges where absorption meticulously avoided, for example, above 500nm for As2S3: high absorption at visible and ultraviolet wavelengths manifests itself through the large imaginary parts of the dielectric constants. However, we demonstrate that, as counterintuitive as it may appear, highly nonlinear, properly nanostructured chalcogenide glass, transparent in the mid- and near-infrared, can also be used to generate third harmonic frequencies in the visible and ultraviolet part of the spectrum, despite the presence of strong material absorption in this range. Such third-harmonic generation can be tuned and further enhanced using stacked metasurfaces and various mechanisms of local field enhancement, including Mie and quasi-bound states in continuum resonances. 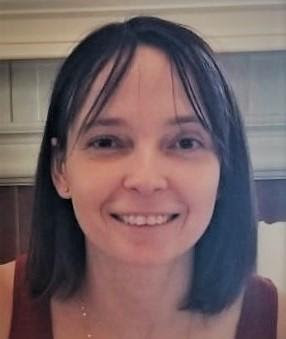 Professor of Electrical and Computer Engineering and Physics, Duke University

Natalia Litchinitser is a Professor of Electrical and Computer Engineering and a Professor of Physics at Duke University. Her research focuses on linear and nonlinear optics in engineered nanostructures, metamaterials, topological photonics, as well as engineering of the light beams themselves. Natalia M. Litchinitser earned her Ph.D. degree in Electrical Engineering from the Illinois Institute of Technology and a Master’s degree in Physics from Moscow State University in Russia. She completed her postdoctoral training at the Institute of Optics, University of Rochester in 2000. Natalia Litchinitser previously was a Professor of Electrical Engineering at the University at Buffalo, The State University of New York, a Member of Technical Staff at Bell Laboratories, Lucent Technologies and of a Senior Member of Technical Staff at Tyco Submarine Systems. She authored 7 invited book chapters and over 250 journal and conference research papers. She is a Fellow of the Optical Society of America (Optica), a Fellow of the American Physical Society, a Senior Member of the IEEE and a co-Chair of CLEO Fundamental Science and SPIE Nanoscience and Engineering Applications conferences in 2021.