I will present recent work on the modeling of the structural response of shape memory alloy tubes, bars, and beams. We have developed a new constitutive model that captures pseudoelastic transformation induced recoverable deformation in SMAs including the strong asymmetries in the tensile and compressive responses. Instead of introducing multiple conditions for forward phase transformation, reverse phase transformation, and martensite reorientation, the model is based on a J2-type nonlinear kinematic hardening framework with a single transformation surface and the back stress represented through a weighted mix of two potential functions that are calibrated to the tensile and compressive stress-strain responses of the material. The constitutive model has been used to simulate numerically the interaction of these complex material behaviors with structural nonlinear behavior observed in experiments. Problems analyzed include the buckling and recovery of NiTi tubes under axial compression, the propagation of a well defined deformation front in uniaxial tension, and the reversible propagation of curvature localization in NiTi tubes under bending. The numerical simulations reproduce the structural behavior both qualitatively and quantitatively demonstrating the fidelity of the constitutive modeling framework developed. After illustrating the success of the isothermal model, I will present some recent work on modeling non-isothermal behavior within the same constitutive framework. 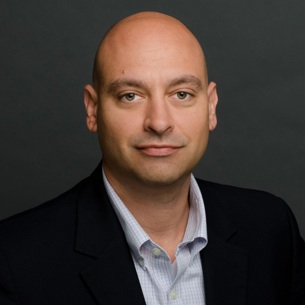 Chad Landis’ research focuses on continuum modeling and numerical simulation of the mechanical, electrical, magnetic and thermal behavior of materials. His specific interests are on active/smart materials such as ferroelectrics and ferromagnetic shape memory alloys. He also has a broad range of interests in the mechanics of materials, including fracture mechanics, plasticity, micromechanics, composites, and finite element methods.