Nanoparticle assemblies (NPAs) have attracted tremendous interests of various research communities. The particle-size-effect on mechanical properties of NPAs is systematically studied. With decreasing the particle size d from 300 nm to 10 nm, the SiO2 NPAs become drastically harder (∼39×), stiffer (∼15×), and tougher (>3.5×). The results are consistent with the data scattered in the literature for various nanoparticle (NP) systems, indicating a fundamentally universal d-effect for all NPAs. A model is developed to correlate the hardness and the NP junction (NPJ) strength f. Here, f is mainly due to van der Waals and capillary interactions, roughly a constant (140 nN) for d = 100–300 nm, and then f decreases with decreasing d from ∼100 nm. The deformation mechanism of NPAs (for indentation depth ≫d) is shear plasticity involving shear breaking of NPJs. The fundamental mechanism for the d-effect is that, with decreasing d, the NPJ’s planar density increases much faster than the decrease of f. Moreover, three deformation mechanisms of NPAs, (1) nanoparticle dislodging, (2) shear-band formation, and (3) cracking are naturally d-dependent. These new findings can provide important insights into the fundamental understanding of the inter-NP interaction, the mechanical behavior of the NPAs, and the design of robust NP-based devices. If time allows, as an independent topic, the experimental characterization of freestanding membrane will also be briefly discussed. 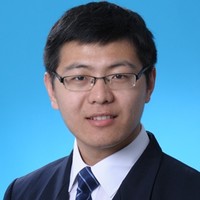 Lu An is a PhD candidate in Department of Mechanical Engineering at Villanova University and has defended his PhD dissertation. His research focuses on synthesis, modeling and mechanical characterization of individual nano-sized materials and their assemblies. His research interests are focused on the mechanical behavior of nanomaterials, including nanoscale ceramic and metal materials, self-assembly of nanoparticles, and freestanding membrane including 2D materials. He has published 3 journal papers. He received his M.S. in Institute of Metal Research, Chinese Academy of Science in 2015, and his B.S. in Material Science and Engineering from Shandong University in 2012.