Non-equilibrium phenomena are ubiquitous across material systems and of great technological relevance. Examples of such phenomena include diffusion processes in liquid and gases, viscoelasticity and plasticity in solids, and rheological behavior of colloidal and granular media. Despite their ubiquity and importance, the understanding of non-equilibrium phenomena remains in its infancy compared with classical equilibrium thermodynamics and statistical mechanics from both theoretical and computational aspects. As a consequence, current modeling and simulation strategies, including multiscale paradigms, are mostly trapped within a compromise between computational efficiency and physical fidelity.

In this talk, I will leverage several different recent advances in non-equilibrium physics, together with emerging machine learning techniques, to develop data-driven computational strategies for learning continuum evolution equations. First, I will present a new strategy for continuum model discovery to systems that have both a reversible (elastic) and dissipative evolution, by using fluctuation theorems, particularly, the Jarzynski equality. Second, I will talk about a proposed machine learning architecture called Variational Onsager Neural Networks (VONNs) to learn the non-equilibrium evolution PDEs based on the Onsager’s variational approach. Finally, I will introduce a statistical mechanics framework with quantified uncertainty to extrapolate material behavior to different loading conditions (including far-from-equilibrium conditions) or material systems. 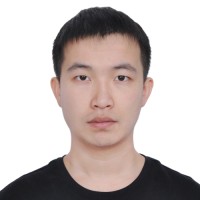