It has been twenty years since the advent of the first power-autonomous legged robots, yet they have still not yet been deployed at scale. One fundamental challenge in legged machines is that actuators must perform work at relatively high speed in swing but also at high torque in stance. Legged machines must also be able to “feel” the reaction forces in both normal (to switch from swing to stance control) and tangential (to detect slip or stubbing) directions for appropriate gait-level control. This “feeling” can be accomplished by explicit force/torque sensors in the foot/leg/actuator, or by measuring the deflection of a series mechanical spring. In this thesis we analyse machines that obtain this force information directly through the implementation of highly backdriveable actuators that require no additional sensors (apart from those already required for commutation).

We address the holistic design of robots with backdriveable actuators including motor, transmission, compliance, degrees of freedom, and leg design. Moreover, this work takes such actuators to the conceptual limit by removing the gearbox entirely and presenting the design and construction of the first direct-drive legged robot family (a monopod, a biped, and a quadruped). The actuator analysis that made these direct-drive machines possible has gained traction in state of the art modestly geared machines (legged robots as well as robot arms), many of which now use the same motors. A novel leg design (the symmetric five-bar, where the “knee” is allowed to ride above the “hip”) halves the wasted Joule heating per unit of torque produced over the workspace compared to a conventional serial design, making the 40 cm hip-to-hip Minitaur platform possible without violating the thermal limit of its motors. A means of comparing actuator transparency (the curve representing collision energy vs. contact information) is presented and is used to compare the performance of actuators with similar continuous torque but vastly different gear ratios (1:1, 4.4:1, 51:1). This transparency can be used to show the different outcomes in a representative task where the actuators must “feel” a ball on a track through contact and then recirculate to “cage” the ball before the energy required to “feel” has caused the ball to roll out of the workspace. For a 50g rubber ball, the direct drive actuator is able to successfully accomplish the task, but the 4.4:1 actuator is not able to cage the ball in time, and the 51:1 actuator cannot feel the ball at all before pushing it out of the workspace.

Finally, the actuation and force measurement/estimation strategies of the three leading commercial legged robots are compared, alongside other considerations for real-world fielded machines. This thesis seeks to show that legged robots (both academic and commercial) whose actuators are designed with careful consideration for proprioception can have similar performance to more conventional machines, with better robustness and greatly reduced complexity. 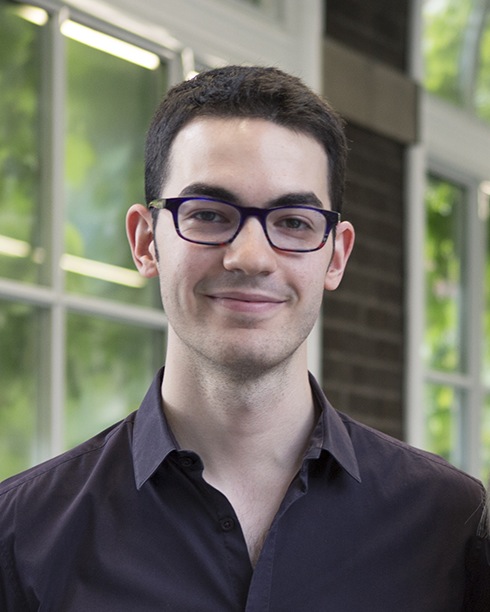