Cellulose nanofibrils (CNFs) are a nanomaterial obtained from plant sources and have excellent mechanical properties, high aspect ratios, and are biodegradable. As a reinforcing phase, CNFs have the potential to improve the mechanical properties of polymer materials. The overarching objective of this thesis is to investigate the use of CNFs to enhance the strength and toughness of polymers and traditional papers.

In the first part of this thesis, poly methyl methacrylate (PMMA) fibers are reinforced using CNFs to increase the strength and toughness. Fourier transform infrared (FTIR) spectroscopy is used to measure PMMA molecular orientation in the composite fibers. Tensile tests and fiber-based fracture tests using edge-cracked fibers are used to quantify the enhancement of modulus, strength, and fracture toughness through the addition of CNFs to PMMA. Specifically, a 2 improvement in fracture toughness is observed at 1% wt. CNF content.

In the second part of the thesis, filter paper, which is a network of microscale cellulose fibers is infiltrated with CNFs to create all-cellulose sheets with heterogenous mechanical properties. This is realized by printing and subsequent drying of an aqueous CNF solution and patterning of the infiltrated regions is used to engineer the strength and toughness of the materials. Single edge notch tension (SENT) tests are performed on the specimens to evaluate their fracture behavior. It is shown that geometric and elastic heterogeneity can be utilized to tune the toughness over a large range while maintaining or improving the strength.

Finally, to overcome limitations of the SENT, a new experimental fracture specimen, denoted the hinged rigid beam (HRB), was developed. The HRB eliminates the compressive stresses developed in conventional beam-bending fracture tests like the double cantilever beam method, thus making it suitable for testing thin materials such as paper. A mechanics model of the HRB was developed to allow critical strain energy release rate to be calculated from the measured force-displacement response and the specimen was validated via finite element analysis and experiments on thin PMMA sheets. This technique was used to characterize the toughness of several materials, including filter paper, copy paper and 2D lattice materials. Finally, the HRB was used to characterize and further understand the fracture behavior of patterned nanocellulose infiltrated sheets. 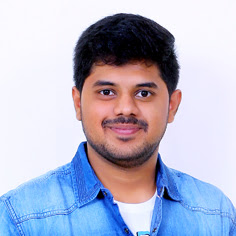