MEAM MSE Thesis Defense: “Design and Characterization of an Origami-Inspired Robot that Swims via Jet Propulsion”

Underwater swimmers present unique opportunities for using bodily reconfiguration for self-propulsion. Origami-inspired designs are low-cost, fast to fabricate, robust, and can be used to create compliant mechanisms useful in energy-efficient underwater locomotion. This thesis demonstrates an origami-inspired robot that can change its body shape to ingest and expel water, creating a jet that propels it forward similarly to cephalopods. We use the magic ball origami pattern, which can transform between ellipsoidal (low volume) and spherical (high volume) shapes. We modified the pattern by tuning the number of its rows and columns and reported their stiffness and mechanical properties. A custom actuation mechanism contracts the robot to take in fluid, and the inherent mechanics of the magic ball returns the robot to its natural shape upon release. We describe the design and control of this robot and verify its locomotion in a water tank. The resulting robot is able to move forward at 6.7 cm/s (0.2 body lengths/s), with a cost of transport of 2.0. The discussion in this thesis is mainly based on the first-generation prototype of the robot, a future design plan to improve the robot is explained as well. 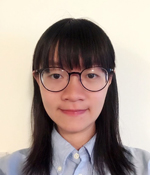