This talk is concerned with the use of nonlinear homogenization to study the effective response of composites. We look to illustrate the effect that constitutive assumptions have on the methods by which such estimates can be obtained, as well as on the actual effective, or homogenized, response of the material. Although helpful in ensuring existence in a variational setting, convexity is often inconsistent with certain physical requirements (e.g. objectivity). Such is the case of hyperelasticity, the subject of the first part of the talk. The lack of convexity of the stored-energy functions of such hyperelastic systems has long been known to lead to the development of instabilities. When such instabilities do not result in material failure, we look to study the post-bifurcation behavior of the system. We present a framework for doing so, and compute the post-bifurcation response of a laminated hyperelastic composite explicitly under general three-dimensional loading conditions. In the second part of the talk, we will consider the class of magneto-elastic composites, which consist of hyperelastic materials that are also magnetically susceptible. Unlike in the case of hyperelasticity, there lacks a complete mathematical framework for obtaining the effective response of such materials, and researchers have only begun to investigate the potential for instabilities in these materials. We therefore look to generalize the same methodology used successfully in the purely mechanical context to study the post-bifurcation behavior of magneto-elastic composites. This in part requires a rigorous generalization of the theoretical aspects that underlie the method. With this, we calculate the post-bifurcation response of a magneto-elastic material under general plane-strain loading conditions with a magnetic field applied in the plane of deformation. 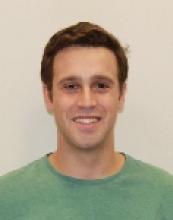