In the first part of the presentation, we discuss a double-stranded elastic rod (birod) model and apply it to study allosteric interactions between two ligands on DNA. Next, we combine the birod model with statistical mechanics and use it to study the temperature-induced strand separation in dsDNA.

Allosteric interaction between two ligands on DNA is quantified by measuring the change in free energy of the DNA complex (DNA + two ligands) as a function of the distance between the binding sites for two ligands. We show that trends in the interaction energy of two ligands binding to DNA can be explained using the birod model which accounts for the helical shape of DNA, elastic deformation of strands and base-pairs, and the stacking energy due to perturbations in position and orientation of the bases caused by the binding of ligands. The model predicts that the allosteric interaction energy between two ligands decays exponentially with the distance between them and oscillates with the periodicity of the double helix, which by appropriate parameter fitting is shown to quantitatively match with the experimental measurements. Our model predicts an identical trend (exponentially decaying sinusoid) in the perturbation of groove width produced by the binding of a single ligand—consistent with the published results from molecular simulations. Our analysis provides a new framework to understand allosteric interactions in DNA and can be extended to other rod-like macromolecules whose elasticity plays a key role in their biological functions.

In the next part of the presentation, we combine statistical mechanics with continuum mechanics to predict the mechanical response of DNA molecules. We observe that the external force and torque driven microstructure evolution in DNA leads to force-extension curves that exhibit strong signatures of first-order phase transitions. The effects of the electrostatic interactions on the mechanical-response predicted from the model resolve some important counter-intuitive experimental observations. Next, we focus on one such structural transition—temperature-driven disintegration of dsDNA into two single strands, known as DNA melting. We illustrate how the continuum mechanics of birod coupled with statistical mechanics can be used to study the micromechanics of DNA melting. We note that a nonlinear asymmetric interaction between the outer strands leads to a sudden and highly cooperative melting transition. The model enables us to couple the effect of tensile force on the melting temperature, which to the author’s knowledge is the first mechanics-based attempt to do so. The results from the models, after suitably choosing the parameter values, agree with multiple experiments reported in the literature and they generate new falsifiable predictions that can be experimentally tested. 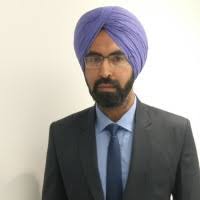