Fall 2022 GRASP on Robotics: Christoffer Heckman, University of Colorado Boulder, “Challenges and Opportunities for Autonomous Robots in the Wild”

This is a hybrid event with in-person attendance in Wu and Chen and virtual attendance via Zoom.

When we in the robotics research community think of what we’d like autonomous agents to tackle in the future, we often target “dull, dirty, and dangerous” tasks. However, despite a sustained boom in robotics research over the last decade, the number of places we’ve seen robotics in use for these tasks has been uninspiring. Successful commercialization of autonomous robots have required significant human scaffolding through teleoperation, and incredible amounts of capital, to achieve, and despite this are still limited by brittle systems and hand-engineered components. The reality seems to be that these tasks are not nearly as dull as they might seem on the surface, and instead require ingenuity for success some small but critical fraction of the time. In this talk, I focus on the evolution of autonomous robots operating “in the wild”: on roads, in the wilderness, underground, and on sidewalks, as opposed to environments constructed to support their operation. I will focus especially on my recent work in the DARPA Subterranean Challenge, which just last year concluded with the CU Boulder team “MARBLE” taking third place and winning a $500,000 prize. To that end, I will give an overview into the genesis of our solution over three years of effort, especially with respect to mobility, autonomy, perception, and communications. I’ll also discuss the implications for present-day robotic autonomy and where we go from here. 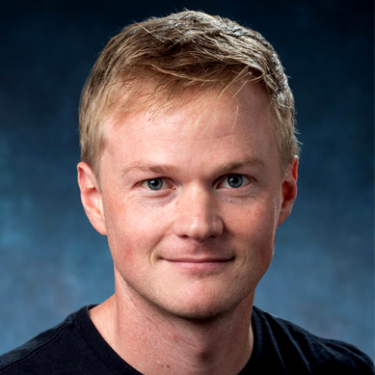 Chris Heckman is an Assistant Professor in the Department of Computer Science at the University of Colorado at Boulder and the Jacques I. Pankove Faculty Fellow in the College of Engineering & Applied Science. He is also a Visiting Academic with Amazon Scout, where he is addressing last-mile delivery by developing autonomous robots on sidewalks. He earned his BS in Mechanical Engineering from UC Berkeley in 2008 and his PhD in Theoretical and Applied Mechanics from Cornell University in 2012, where he was an NSF Graduate Research Fellow. He had postdoctoral appointments at the Naval Research Laboratory in Washington, DC as an NRC Research Associate, and at CU Boulder as a Research Scientist, before joining the faculty there in 2016.
Heckman’s research focuses on autonomy, perception, field robotics, machine learning and artificial intelligence. He directs the Autonomous Robotics and Perception Group, a dynamic and close-knit research team aiming to develop practical and explainable techniques in probabilistic artificial intelligence. His work in computer vision, machine learning and sensor fusion has applications to intelligence, defense, and environmental monitoring. His robotics work is used by both government and industry partners in the development of autonomous vehicles, agricultural platforms and other mobile robots including for medicine, search & rescue, and automation.