“Hemostatic clots have a core/shell hierarchy comprised of a P-selectin positive core surrounded by a P-selectin negative shell. A new human blood microfluidic assay utilizing a 2-stage assay was developed to interrogate core/shell mechanics. By first perfusing whole blood over a collagen/TF surface and then swapping out the blood for buffer, we were able to pause thrombus growth at a specific point in time. The shear rate was then drastically increased to interrogate platelet-platelet interactions. We found that thrombin inhibition, but not fibrin, led to greater erosion of the thrombus, and that the core region of the thrombus was stable with or without the presence of fibrin. Next, we tested the effects of ADP or TxA2 inhibitors on thrombus growth and stability. We found that inhibiting TxA2 production did not affect platelet deposition, but the platelets that did attach to the clot were more likely to shear off after being subjected to shear. Both P2Y1 and P2Y12 antagonism led to decreased initial platelet deposition and more platelet erosion. P2Y12 signaling had the most significant effect on deposition and stability suggesting that it might have an amplification effect on other signaling pathways. We demonstrated a new method to examine thrombus strength and stability and demonstrated the effect of thrombin on core size and the importance of secondary agonists on stability in the shell region.
We used an 8-channel microfluidic device to examine the efficacy of ex vivo apixaban on platelet and fibrin deposition in neonates with CHD. This patient population was shown to have significantly more activity blood after surgery We found that apixaban drastically lowers coagulation activity in neonatal blood before and after surgery and significantly prolongs occlusion time to a greater extent than adults. We also demonstrated that andexanet alfa reverses the inhibitory effect of apixaban in both neonates and adults. These results demonstrated that microfluidics are a useful way to examine pharmacological effects, especially in a population where only small quantities of blood can be drawn.“ 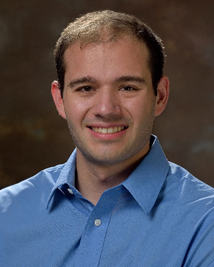