Two-component systems (TCSs) are the largest family of signal transduction pathways in biology, and a treasure trove of biosensors for engineering applications. Though present in plants and other eukaryotes, TCSs are ubiquitous in bacteria. Bacteria use TCSs to sense everything from metal ions to carbohydrates and light, and activate responses such as biofilm formation, antibiotic-resistance, and virulence. Despite their importance, the vast majority of TCSs remain uncharacterized. The major challenges are that most bacteria cannot be cultured nor genetically manipulated in the laboratory, and that many TCSs are silenced by poorly-understood gene regulatory networks in laboratory conditions. We have recently developed synthetic biology technologies to address these challenges. In particular, we have developed dual inducible promoter systems that allow us simultaneously express both TCS proteins to optimal levels in the model Gram-negative and Gram-positive bacteria E. coli and B. subtilis. In addition, we have developed a method to modularly interchange the DNA-binding domains of response regulator proteins, enabling unknown or silent TCS output promoters to be replaced with well-characterized alternatives. Finally, we have developed a method to rationally tune the amount of input signal required to activate a TCS over several orders of magnitude by introducing mutations that specifically alter the intrinsic phosphatase activity of the sensor histidine kinase protein. Using these methods, we have repurposed cyanobacterial TCSs to function as optogenetic tools with wavelength specificities from the ultraviolet (380 nm) to the near infrared (770 nm), engineered gut bacteria that diagnose colon inflammation in mice, and discovered a novel pH-sensing TCS in the genome of Yersinia pestis, the causative agent of bubonic plague. Additionally, we have constructed a library of >500 uncharacterized TCSs from the human gut microbiome, which we are screening for novel sensors of gut metabolites and diseases in humans. Finally, we are using our methods to develop new anti-virulence compounds that inhibit TCSs that regulate pathogenesis in major human pathogens. Our work is accelerating fundamental microbiological discoveries and has broad applications in synthetic biology. 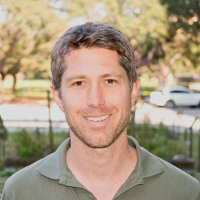 Since coming to Rice in 2010, Tabor’s work at the interface of synthetic chemistry and molecular/cell biology has led to more than 30 peer-reviewed journal publications and five patent applications. Additional awards he has received include a Collaborative Research Award from the John S. Dunn Foundation (2016), a Michel Systems Biology Innovation Award (2013), a Hamill Innovation Award (2011) by Rice’s Institute of Biosciences and Bioengineering, and a National Academies Keck Futures Initiative (NAKFI) award (2009). Tabor is an affiliated investigator of the NSF Synthetic Biology Engineering Research Center (SynBERC), a member of the editorial board of ACS Synthetic Biology, and has served on an NIH study section and five NSF panels. He also co-organized Synthetic Biology 5.0 – the leading conference in the field.